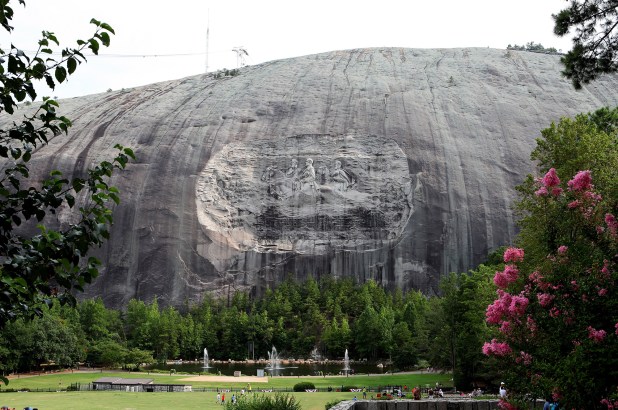 The Three Percenters militia applied last month to run a rally of more than 2,000 people to “to defend and protect our history and second Amendment rights,” according to Reuters.

While the application was denied by local officials, citing violence at a similar event in 2016, Reuters reports several online groups, including one dubbed “Defending Stone Mountain,” vowed to march in the park anyway and asked participants to come with Confederate and US flags. Another group, the Atlanta Antifascists, vowed to hold a counter-protest. 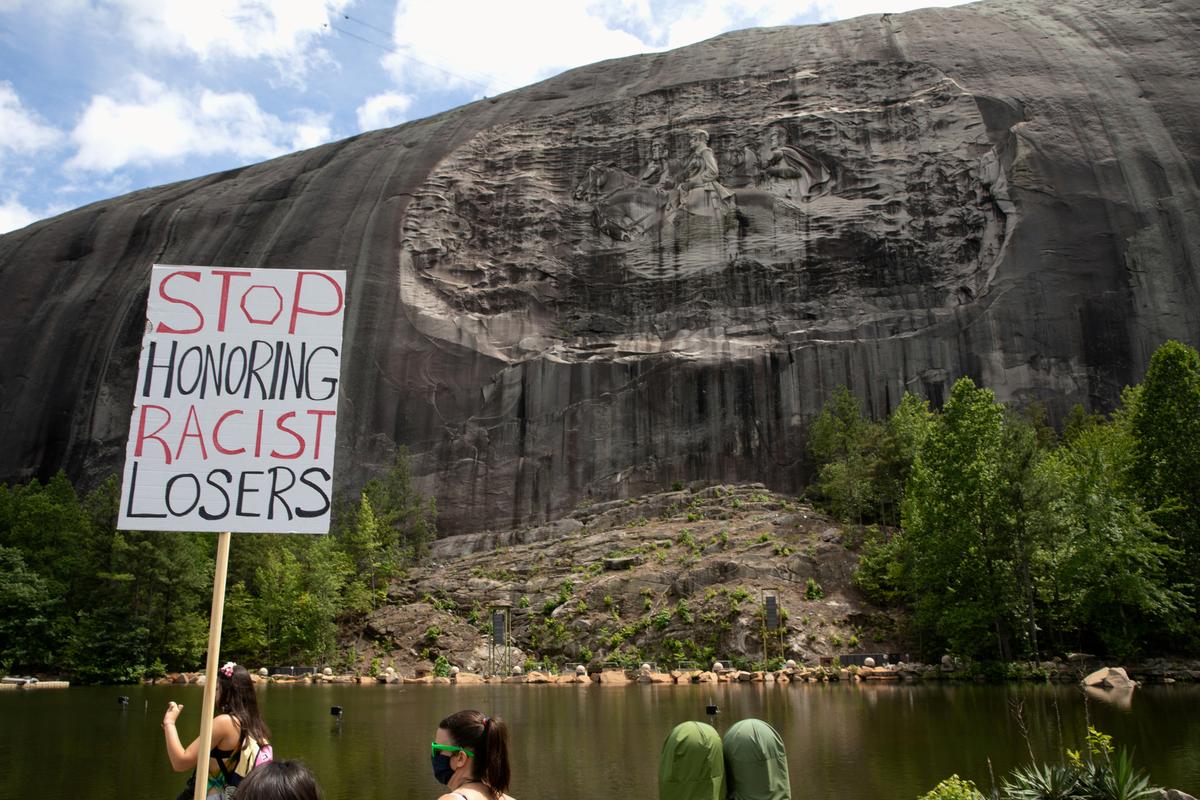 The memorial has only been open for a month, and reopened after lockdown during July 4 weekend.

The site is a notorious meeting place for the Ku Klux Klan, which was “reborn” atop it.

In 1915, the KKK was brought back on that mountain with a burning cross and advocates of the carvings were card carrying members of the hate group. After the mountain was complete, “a ‘neo-Confederate theme park’ emerged around the site, including a plantation house, a “Gone With the Wind” museum, according to a report from the Atlanta History Center, The New York Times reported. Since then, KKK members have gathered at Stone Mountain annually to hold rallies, according to the Times.

The population of Stone Mountain is over 78% African-American, according to the US census — with whites making up just 18% — and African Americans also make up the majority of workers in and around the monument.

Black Lives Matters protestors and civil rights groups have long called for the destruction of the monument.

Black Lives Matter groups are multiplying — and competing for donations

Rep. Pressley calls for ‘unrest in the streets’ over Trump-backing GOP members

People are getting creative with their face masks

Rep. Pressley calls for ‘unrest in the streets’ over Trump-backing GOP members