The album rating system at US publication Pitchfork is one of the most silly and nerdy things in music journalism. The Guardian’s five-star system looks neanderthal compared with Pitchfork’s decimal-point ratings, where an album can get 3.2 (oof), 6.5 (meh), 9.2 (wow) and so on. 0.0 has been used as a cruel joke; a perfect 10, only earned by Fiona Apple and Kanye West in the last decade, is the grail cup of hip culture.

This 100-point marking scheme has since been adopted by the website Metacritic, who aggregate reviews from English-language publications to arrive at an overall percentile score for albums, games and films. It’s a useful tool for time-poor people to quickly see what consensus has formed around.

Last week, Taylor Swift’s surprise new album Folklore was released to an array of high scores, including five stars in the Guardian, and its Metacritic score cruised into the mid-90s. But later reviews were slightly more critical, including Pitchfork’s 8.0, dragging Swift down to a current score of 89.

89 is still much higher than most albums released this year, but Swift’s fans weren’t happy. The author of the New York Times’s semi-sniffy review, Jon Caramanica, had thousands of them in his Twitter mentions, posting images of Swift doctored to make her look like a terrifying witch along with hexes spelled out in runes that, translated by Google, read: “Anyone who comes after the dark queen will die alone and burn forever.”

This is the dark, flamboyant humour beloved of the “stan” culture of pop superfans, and in this case, quite funny. But another attack on Jillian Mapes, Pitchfork’s reviewer, was very serious: “Contact info both old and current was leaked, down to a photo of my home,” she wrote on Twitter. “I’ve gotten too many emails saying some version of, ‘you are an ugly fat bitch who is clearly jealous of Taylor, plz die’ … It sucks to be scared of every person milling about outside or feel like you can’t answer the phone.” Her overwhelmingly positive review nevertheless tarnished the numerical perfection conferred by Metacritic, hence the attack.

This weekend Kitty Empire, the Observer’s pop critic, was also the recipient of shocking abuse on Twitter in the wake of her three-star Folklore review, with users calling for a repeat of the action taken against Mapes: “We need a 100/100 do it or some shit will leak,” wrote one user who later added: “We’re finding your address, watch out for the windows.”

This is horrible, anti-artistic behaviour from people wanting total consensus. That would be a strange and damaging thing to want even in politics, where some degree of consensus is necessary to make a democracy run. In art though, this impulse is downright fascistic.

The backdrop to it is a lessening importance for album reviews. Once, you wanted to know if a CD you might spend £16 on – a fortune in the 90s – was any good, so reviews helped. Now, anyone can hear for themselves if an album is good via streaming services. So the review exists purely for deep critical analysis, which is frankly a niche interest. The audience, particularly for the essayist reviews at Pitchfork, are mostly hardcore music fans unpacking meaning, rather than ordinary people working out if it’s any good. And those fans now often vociferously fight back, despite the critic rarely being combative, or in Mapes’s case, even in opposition to them. (Sometimes the artists do, too: Lizzo and Halsey publicly confronted reviewer Rawiya Kameir over her Pitchfork reviews of their respective latest albums.)

These attacks are provoked by the absolutism of stan culture. Stans have a devotion to their stars that is truly religious, and, like other religions, their faith can be a powerful framework for self-definition and focusing beliefs; being a fan means being part of a community of like-minded disciples that you may have struggled to find before, and that is intensely meaningful.

It can also lead to being blinkered and dogmatic. Like Abraham’s sacrifice or genuflection before a pope, adherent stans make public demonstrations of their faith, with the architecture of social media privileging the boldest voices. This is how we end up with harassed critics, as stans out-nasty one another. Sometimes their actions hurt the very artists they purport to love – Charli XCX was left feeling desperate after her stans criticised her setlist choices: “To everyone commenting all this negative shit I don’t really know what to say. I’m trying my best out here.”

All this is what comes after the delight at having a public voice. Previously it was a small number of people in print media (often middle-class white men like me) who got to pass down judgment on albums – on anything, really. Social media gave a voice to everyone, and while it enfranchised huge segments of a silenced population, our culture is still adapting to the cacophony: free speech means you can say what you like, but it doesn’t mean you should. We’re in the acting-out-toddler phase of our collective social media growth, and I’m sure that attacks such as the one on Mapes will become seen as embarrassing as we get older, because they’re the behaviour of an elitist earlier generation: the one that tried to silence other voices.

No one should be sending hateful missives to people they don’t know, of course, though their hate is fanned by the very nature of social media. As William Davies says in his recent London Review of Books essay Who Am I Prepared to Kill?, “the online public sphere remains intoxicated by the prospect of the unambiguous baddie, whose condemnation will absolve others of all sin”; in other words, people love a pile-on, because they’re not being piled on themselves. Davies also notes that you can show appreciation with a like on Twitter, but criticism there is shown in “outbursts of denunciation”. 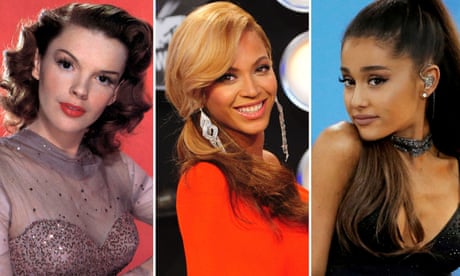 This toxic sphere has also turned popularity from a concept to a metric. Twitter likes are just one of the scores that fill our lives, from an education system steadfastly obsessed with grading, to credit ratings, Fitbit or Strava data, and Instagram influencers, for whom follower counts correlate with a higher bank balance. Metacritic’s ranking table, however innocently, is a part of this brutally quantified world – and antithetical to the spirit of artistic expression. (Sport is different, by the way: the score is the whole point, which stops it being toxic, though I can see there are similar problems in scoring music and scoring, say, gymnastics.)

We’re a species given to taxonomy, lining up our stuff in rows and putting it in boxes; I get a kick out of Top 100 music lists and commissioned one just recently, of UK No 1 singles. Part of the fun is the absurd way the objectivity of numbers clashes with the subjectivity of music. The Guardian, of course, commissions album and film reviews with star ratings each week.

But for some of the score-keeping stans on the touchline of our culture, this numbers game has become what music is chiefly about. As well as the nasty attacks, I’m troubled by how the actual music seems to crouch beneath the hail of anti-critical discourse, ignored; how Metacritic boils down reams of criticism to a number, and how an obsession with Pitchfork’s finicky scoring can end up drowning out the music. This is the bean-counting stuff of capital, not art.

British Dynasty star Emma Samms, 59, tells of six-month ‘Long Covid’ hell: Actress says her health cruelly ‘fluctuates’ from ‘good days’ when she ‘assumes she’s on the road to recovery… only to go right back to feeling horrendous’

Neil Young is suing Donald Trump for using his music at campaign rallies. Here’s how it might play out