Angela Merkel is under growing domestic pressure to end her support for the joint German-Russian Nord Stream 2 pipeline project over the confirmed poisoning of the Russian opposition leader Alexei Navalny.

The German Green party called on the chancellor to use the nearly completed infrastructure project to pressure the Kremlin into answering allegations over what Merkel called the “silencing” of Navalny with a novichok nerve reagent.

“This openly attempted murder through the Kremlin’s mafia-like structures should not just worry us but needs to have real consequences,” said Katrin Göring-Eckardt, the co-chair of the Greens in the Bundestag.

“Nord Stream 2 is no longer something we can jointly pursue with Russia,” said the politician for the ecological party, currently second in polls to Merkel’s CDU and a likely contender for the next coalition government.

Calls to permanently halt the construction of the two 764-mile (1,230km) pipelines beneath the Baltic Sea, from the Narva Bay in Russia to the German town of Lubmin, were echoed within the chancellor’s own party.

Norbert Röttgen, chairman of the Bundestag’s committee on foreign affairs and a candidate for the CDU leadership, told German media on Wednesday that completing the joint project would amount to encouraging Putin’s “inhuman and contemptuous politics”.

“After the poisoning of Navalny we need a strong European answer, which Putin understands,” Röttgen said. “The EU should jointly decide to stop Nord Stream 2.”

The tabloid newspaper Bild also called for a change of mind from the chancellor, who, as recently as Tuesday, had reiterated her government’s intention to complete the multibillion-euro infrastructure project. 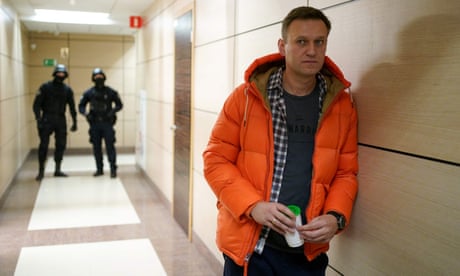 “The government can condemn the poisoning of Putin critic Navalny ‘in the strongest terms possible’,” said a Bild editorial on Thursday. “It can show its ‘dismay’. It can ‘urgently’ call on the Kremlin to explain itself. But as long as it acts in collusion with Putin on the Nord Stream 2 pipeline, all these declarations are just empty words”.

Not just the US, but also states in eastern Europe and the Baltics have repeatedly expressed concerns about the pipeline since the former German chancellor Gerhard Schröder approved its construction in 2005, saying it will increase Putin’s geopolitical influence.

The Nord Stream 2 twin pipeline is nearly finished, with only about 160 out of a planned 1,220km remaining.

However, the construction of the gas project has been on halt since late December last year, when the Swiss pipeline manufacturer Allseas ceased its work after threats of targeted US sanctions.

The German utility firm Uniper, one of Gazprom’s five financial partners in the project, last month conceded there was an “increasing possibility” the pipeline would never be completed.

Though set into motion by Merkel’s centre-left predecessor shortly before the start of her tenure, the construction project is of vital economic importance for the country because Germany is likely to need more imported gas in the future – and particularly for the chancellor’s own constituency in the north-eastern state of Mecklenburg-Vorpommern.

The German broadsheet Süddeutsche Zeitung commented on Thursday that Merkel’s strong condemnation of Navalny’s poisoning would make it harder to square the circle of her support for the joint project.

“The government waved goodbye to a fiction on Wednesday,” the newspaper’s correspondent Daniel Brössler commented. “A fiction that made it possible to slap Russia with sanctions one day and court it as a business partner the next.”

The Organisation for the Prohibition of Chemical Weapons (OPCW) said Navalny’s poisoning was a “matter of grave concern”. It said the use of chemical weapons by anyone under any circumstances was reprehensible and “wholly contrary to the legal norms established by the international community”.

In April 2018 undercover officers from Russia’s GRU military spy agency tried to hack the OPCW, which is based in the Hague. They were arrested in a car park opposite the building. The mission took place shortly after the novichok poisoning of Sergei and Yulia Skripal by two GRU assassins.

The OPCW said it was monitoring the Navalny situation and was ready to engage with any state that needed its help.

Jessica McCaskill: ‘No days off is really a mentality that encompasses everything’

Athletes, coaches and broadcasters are Changing the Game, and that’s good for all women

Leon Scott is comfortably the most ripped English football player